The Science of Stowe's Snow

Mysteries behind Mansfield's winter wonderland weather and the epic ski conditions it brings.

If you’re a skier, you know how critical it is to have an accurate weather forecast during snow season. But predicting what will fall from Stowe’s skies is incredibly challenging. (National forecasts often miss the mark when it comes to projecting conditions in mountain towns.) Nailing the weather here requires extensive meteorological knowledge, in addition to plenty of firsthand, on-the-ground experience—which Braaten has in spades. We sat down with him to discuss why Mansfield frequently gets a dumping when surrounding areas just get a dusting, the wildest weather events he has witnessed on the mountain, and whether or not woolly bear caterpillars really can presage how much snow we’ll get.

Q How long have you been following the weather on Mt. Mansfield?

A I I’ve been fascinated with the weather since I was a kid growing up in Albany. My uncle is an atmospheric science professor and, as dorky as it sounds, he would send me intro to meteorology textbooks that I’d read for fun as a teenager. But my passion for weather blossomed when I moved to Burlington in 2003 to attend the University of Vermont, and started searching for powder. The weather in Burlington is so much different from the weather at Mt. Mansfield. I wanted to figure out why it might be sunny and bare in Burlington when there would be a foot or more of new snow at the top of Mansfield—at the top of Mansfield, just 15 miles away. Above all, I wanted to be able to predict when it would snow on the mountain so that my friends and I could plan ski trips there.

Back then there were no real localized mountain forecasts, so I started posting ski weather blogs online. Although I did a geography internship with the Vermont state climatologist, most of my knowledge in weather was self-taught. The blog gained traction and I was hired to make weekend recreation forecasts for Hearst-Argyle TV stations in the Northeast.

In 2007 I happened to sit next to the former director of marketing for Stowe on the quad, and we started talking weather—it turned out he read my blog. That led to an internship with him about revamping Stowe’s snow report. When I graduated, I became one of the snow reporters. At the time, Stowe subscribed to a weather forecast company that delivered a forecast for all the ski areas in the Northeast—but it frequently lowballed our snowfall. My goal was to accurately forecast Mansfield’s weather events in order to convey to skiers that even though there might only be flurries in Burlington, there could be a ton of localized snow up here.

Q What makes the weather around Mansfield so unique?

A The primary cause of our dramatic weather is the orographic lift, or upslope. Mansfield’s long running ridgeline at 4000 feet essentially acts as an atmospheric speed bump. When wind encounters the side of the mountain, it is forced upward. This is called orographic lift. As the air rises, moisture cools and condenses into precipitation. Once the air passes over the top of the mountain into the valley, it begins to sink and dry again. That’s why you get so much localized snow on Mount Mansfield. Whereas most ski areas in the northeast rely on storms for their snowfall, we get frequent snow squalls here that result in surprise powder days.

Q Why does this area get significantly more snowfall than most other nearby resorts?

A If you are standing on the top of Mansfield, everything to the north and west is flat. So cold, moist northwest winds blow across the wide-open Champlain Valley with nothing to stop them until they reach Mansfield, where those winds are forced to wring out their moisture. Once you go south of Sugarbush and Killington, you lose a lot of that upslope effect because those northwest winds have to cross the Adirondacks before they reach Vermont.

Q What do you look for days before a snowstorm comes?

A On weather models, you are looking for a deep trough to approach a strong piece of energy and you want to see a deepening surface low.

A The interaction between cold air from Canada mixing with warm moist Atlantic air from the ocean creates a lot of snow. When moisture collides with a cold air source, you know something is about to happen. Those are our classic nor'easters.

A The Valentine’s Day Blizzard of 2007 is legendary. It had been a horrible winter up until that point, and then on February 14 a blizzard shut down the state of Vermont. We got four feet of snow that transformed the mountain overnight. All of a sudden, we went from a low snowpack with no woods skiing to everything being skiable just 24 hours later. From that point on it snowed a ton and even in April we had five to six feet of snow. Another wacky weather moment was in March 2012. It was 80 degrees out with six
feet of snow on the mountain. People were 03 skiing in shorts and tank tops.

Q Why do other forecasts often get Mansfield’s weather wrong?

A Most weather companies plug in generic forecast data from computerized models through the National Weather Service. That might work well for a town in New Jersey: When it’s sunny in one area, it’s sunny everywhere; when it’s snowing, it’s snowing everywhere. But that data is useless in Stowe. Because of the way the mountains interact with the
weather, our forecast is incredibly localized. While heading up Mountain Road, you can drive through sun, then snow, then sun, then snow again. For example, at the end of February last year, the mountain got 40 inches of waist-deep powder, while Stowe Village had just eight inches.

A It’s hard to say. I think we will get more snow for a while, because if the atmosphere is warm, it holds more moisture. But once the average temperature gets too high, then it will rain instead of snow. The season might be shorter, the snow will be wetter, and we will see more elevation events—where it snows at the mountain but rains in town.

Q What events lead to the best snow quality for skiers?

A Northwest winds bring cold, dry air that creates super fluffy snow that’s so light you could blow it away. That's Mansfield Magic. Those upslope events are preferable to nor’easters, which yield heavy, wet, dense snow. 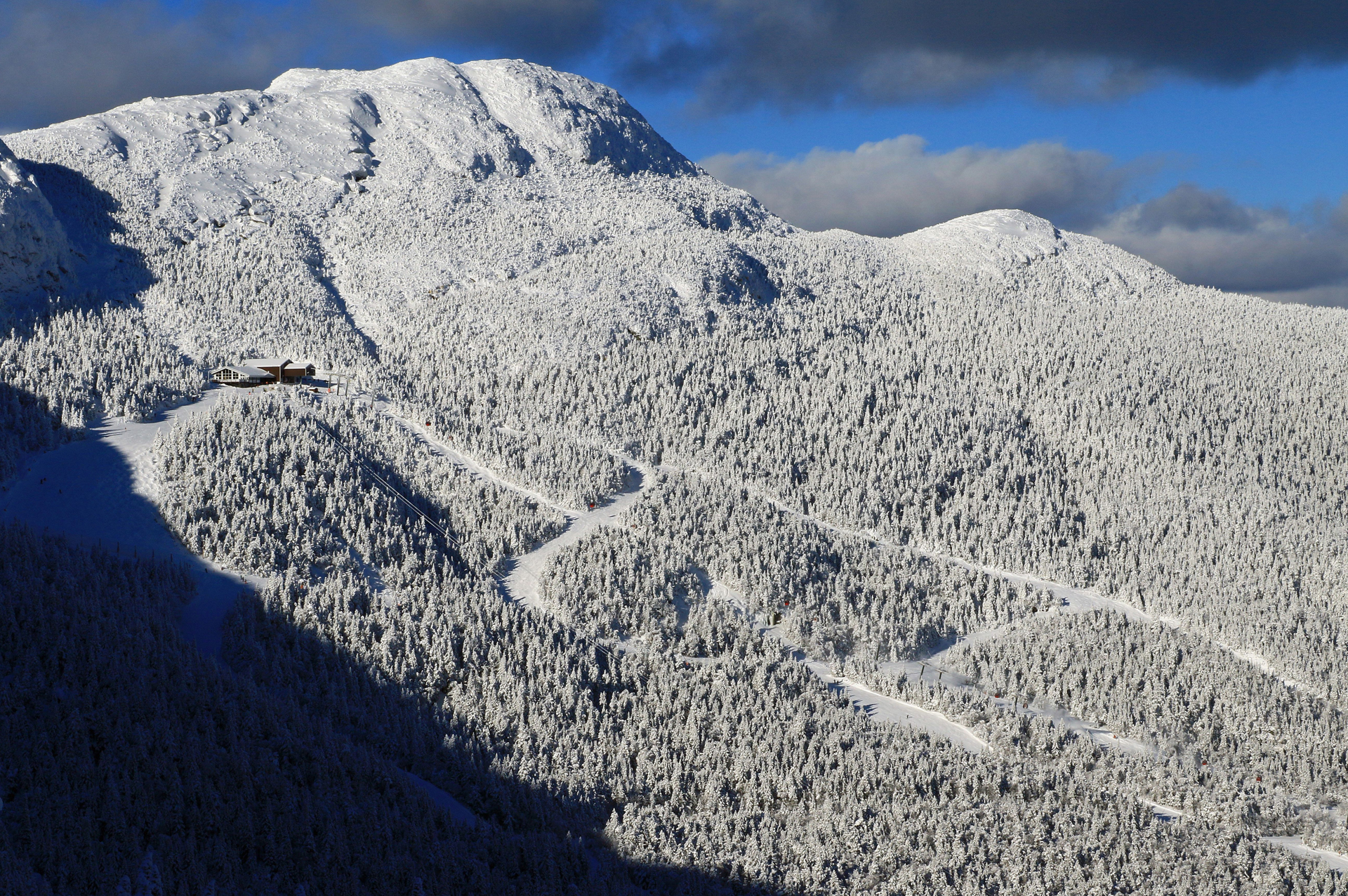