Founded a century ago, MMSCA is one of the oldest ski racing groups in America, with a home base right here at Spruce Peak (their clubhouse is located at the bottom of the Main Street trail near the Sensation quad, right across from the Mountain Course).

But although MMSCA is renowned for grooming world-class athletes, its popular junior program also stands out as helping kids grow into amazing skiers and amazing human beings. We venture inside MMSCA’s dynamic ski school to understand how their intentional approach fosters independence, resilience, and compassion—all while igniting an early enthusiasm for ski racing.

Club Culture
The success of the junior program—which brings 7- to 12-year-olds onto the mountain for as many as 60 days a year from early December to late March—is largely thanks to director Michy Lemay, who has taught and coached for nearly 20 winters with MMSCA.

A former collegiate racer at the University of New Hampshire, Lemay holds an undergraduate degree in outdoor education and has an almost tangible enthusiasm for her job. Over her tenure she has grown the program from 40 young racers and five coaches to more than 140 kids and 25 coaches.

Lemay’s mission is to teach kids to stay safe on the mountain, guide them toward a mastery of fundamental skiing and racing skills, and instill in them a love of the sport. But as the kids, parents, and coaches involved will tell you, at its heart the junior program is about much more than just developing stellar young athletes. It’s about the strength of community, sportsmanship, and even cultivating a mindfulness practice.

Here, Lemay reveals how she integrates both athletic training and character building into a day in the life of a young MMSCA racer.

Snow Rules
Lemay starts every training day with a morning meeting where she goes over expectations and safety guidelines, like how to ride the lift, where to stop on the hill so other skiers don’t collide with you, the importance of staying with the group, and what to do if you get separated. “When children learn how to make safe choices at a young age, it becomes ingrained in them,” Lemay says. That’s why they frequently hear MMSCA coaches repeat slogans like, “OOC [out of control] is not the way to be!” and “See the slow,
pizza you go!” (Translation: When you see a “slow” sign, it’s time to wedge and check your speed.)

But don’t mistake the emphasis on safety for helicoptering. As you’ll see, autonomy is an integral of the junior program.

Free-Range Kids
After the morning meeting, racers are split into groups of about seven. Depending on the day, kids might choose their own groups, be divided into half boys and half girls, or combined so younger and older skiers are mixed together. (This lets little kids learn from a peer, while giving big kids the chance to step into a leadership role.) They free ski with a coach until lunch.

“Exploring leads kids to build skills naturally,” says Lemay, who refers to the mountain as a “playground” that does much of the teaching work for her. “They’re exposed to everything here—ice, bumps, steep terrain, and groomers—and they learn how to handle these conditions just by skiing through them.” Case in point: When going down a slick, steep run, kids have to pole plant, otherwise they’ll fall.

With training grounds like these, MMSCA members quickly develop into solid skiers. “We’re focused on racing as a trajectory, but any athlete that comes out of the program will have the skill base to ski comfortably anywhere in the world,” Lemay says.

Kids become increasingly competent off the slopes, too, as MMSCA encourages independence every step of the way—from carrying their equipment to buying their own snacks in the base camp to working the hot chocolate machine without adult assistance.

“We also teach kids what resources are available if they need help and urge them to use their voice—say, by asking the lift attendant to slow down the lift and raise the bar for them,” Lemay says. “Ski racing is a sport where you need to have a lot of personal confidence.” As kids learn to navigate the mountain without handholding, they’ll eventually feel as comfortable on Mansfield as they do in their own backyard.

Putting the Fun in Fundamentals
After lunch, kids head out in “buddy groups” of two to four to inspect a set course on Spruce and practice specific skillsets for the remainder of the afternoon. Buddy groups ride the lift up solo (aside from the sevenyear-olds, who are accompanied by a coach for the first month).

As the racers ski down, coaches are stationed all along the run to guide them through a variety of drills, offer feedback, or take video footage. “Learning by playing is very effective, so I turn the skill-building into fun games that don’t feel task-oriented,” Lemay says. “If kids aren’t having fun, they’re not going to love the sport.”

For example, to teach skating, Lemay sets up skating races and obstacle courses to skate around. To help racers position their hands forward, she has them hold poles like a tray and pretend they are carrying a mug of hot chocolate on top.

“Even though my kids wake up at 7 a.m. to get on the mountain, they look forward to it and always have energy for it because they love MMSCA so much,” says Beth Jackson Stram, whose daughter Ellie is going into her sixth season.

“The people and the sense of community make even the hard stuff, like training on cold days, really fun,” Ellie says.

Kindness Counts
Sportsmanship and respect are two pillars of the junior program. Lemay trains her staff—many of whom were former athletes that she coached—to be in tune with the social and emotional development of the age group they’re working with.

To that end, MMSCA racers are expected to treat their equipment with care; be respectful to their coaches, teammates, and parents; and to say please and thank you to pass checkers, lift operators, and food service employees.

Lemay also gives racers bi-weekly talks about topics ranging from kindness to teamwork, and has brought a mindfulness component to the junior ski program. She guides kids through breathing exercises and positive visualization activities to help them calm their pre-race nerves and find focus.

The Amazing Race
During a typical season, junior program participants compete in half a dozen races with other ski clubs in northern Vermont. Some races are held at nearby ski areas like Cochran’s and Smuggler’s Notch, and others are hosted right here on Spruce Peak’s legendary Main Street racing hill. Main Street is kept in perfect condition—on par with World Cup standards—and hosts events like the NCAA National Championships.

Still, even during competitive races, the emphasis is on improvement and sportsmanship, rather than results. “The coaches encourage kids to ask each other questions like, ‘How did your run go? How did you feel? What are you working on?’ rather than, ‘What was your time?’ or ‘What place did you get?’” Stram says.

Club at Spruce Peak member, Stowe native, and former MMSCA racer Tad Davis has three children enrolled in the program, which he says was integral to his own childhood and development. “MMSCA shaped my life, and while it turns out top-tier ski racers, it’s not a pressure cooker,” says Davis, who went on to ski at Boston College. “For younger kids, it instills a love of the outdoors, being active, and supporting your teammates. 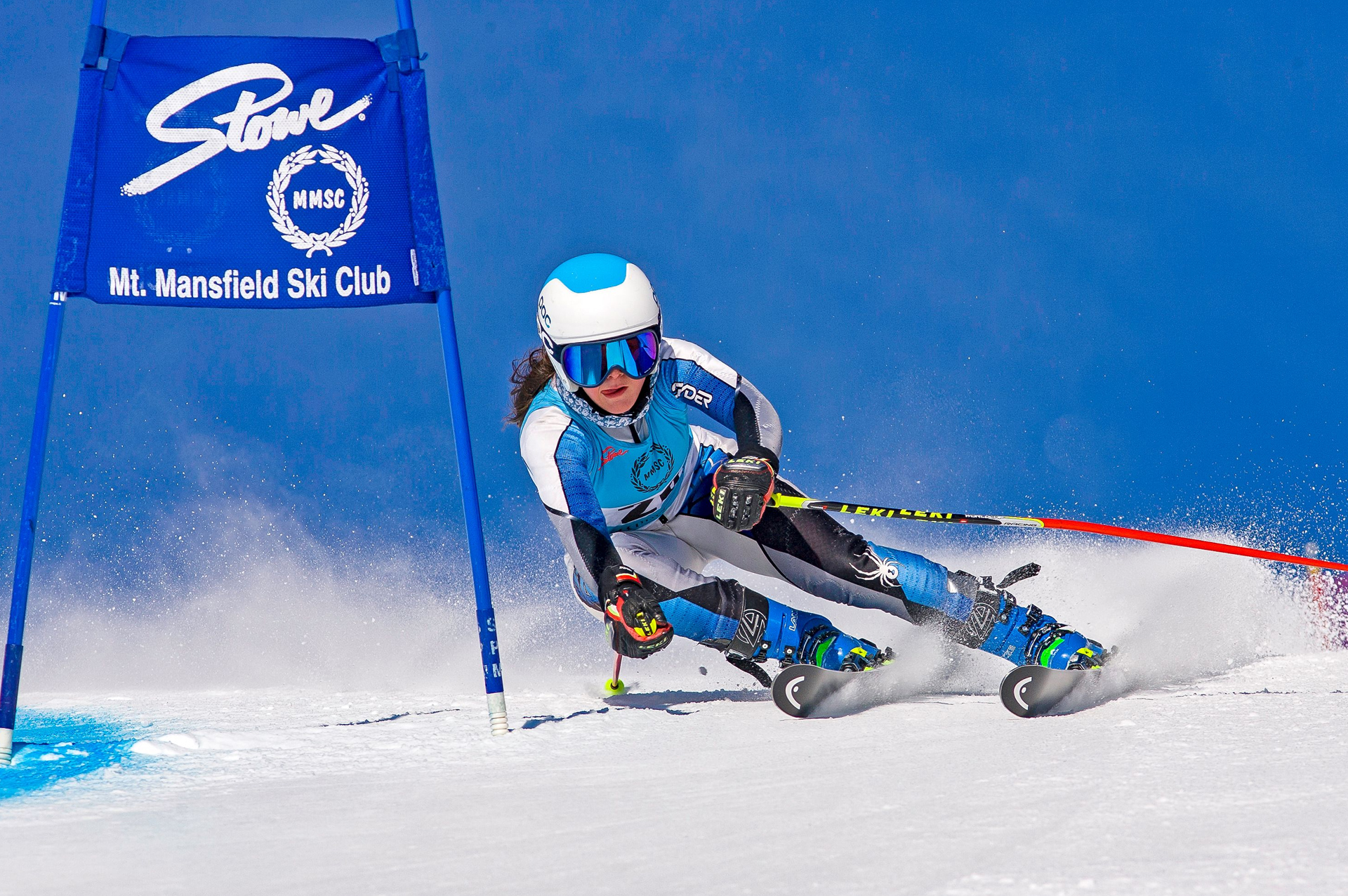