The Big Mountain Magic Of Mansfield

Local Photographers Capture Extreme Moments In The Ski Capital Of The East. 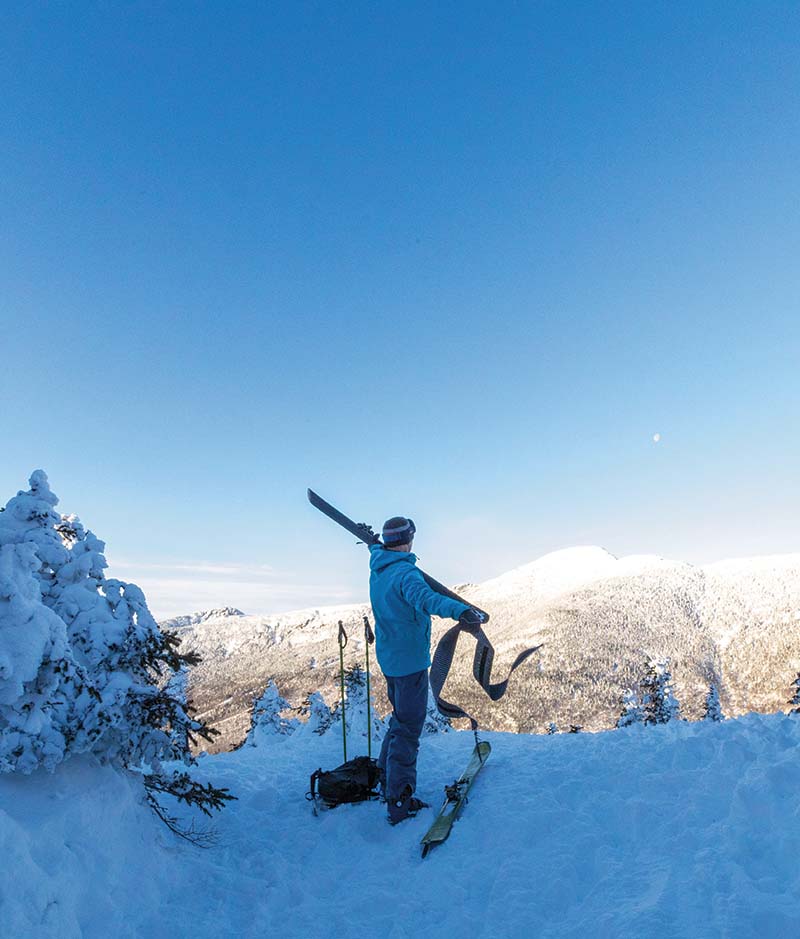 "The best view of Mansfield is from the top of Spruce. Here, a skier enjoys a moment after touring up Snuffy's trail and across Sterling Pond." - Photo by Andrew Ruschp 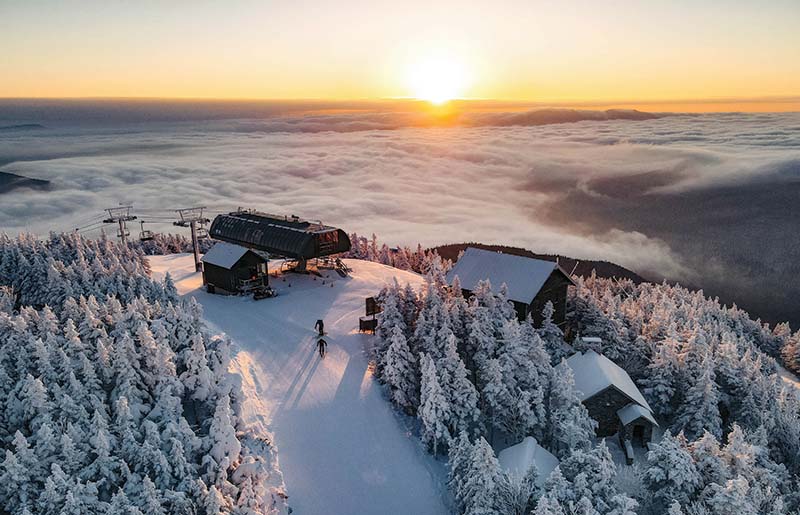 "Nothing beats catching the sunrise during an inversion [where the clouds drop below the mountain]—it's the best reward after battling the infamous 'eliminator section' while skinning up Nosedive." - Ruschp 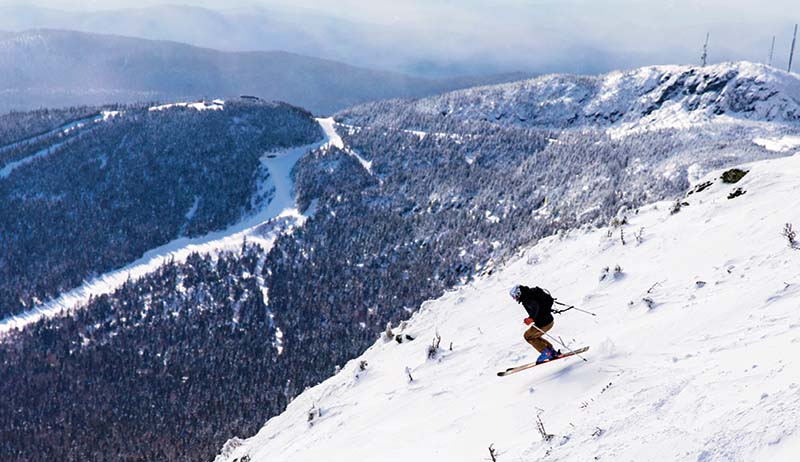 "The Hourglass Chute is a magical zone accessible off the Chin, which is rumored to grant skiers lucky enough to find it cosmic enlightenment." - Ruschp 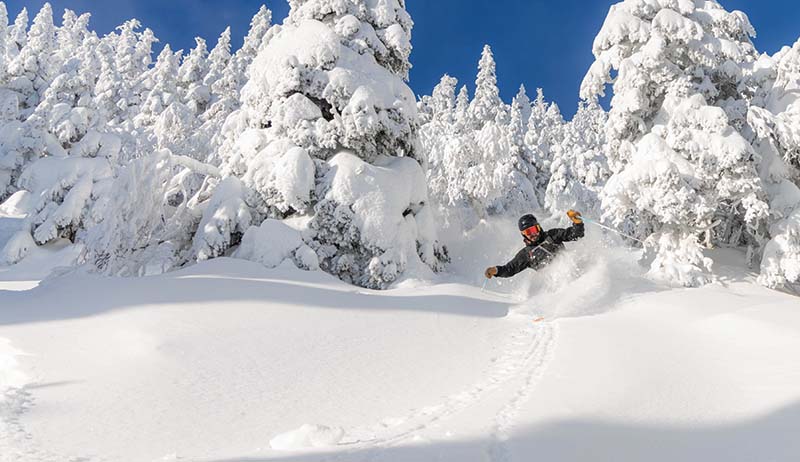 "The conditions lined up to perfection in the side country off Mt. Mansfield." - Ruschp 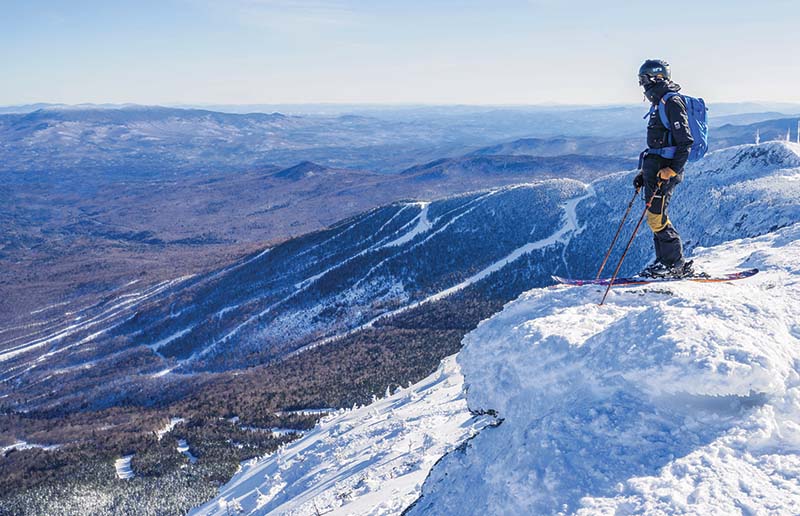 "After spending the morning skinning up the Long Trail, we finally arrived at the Chin to enjoy a beautiful bluebird day." - Photo by Dan Reid 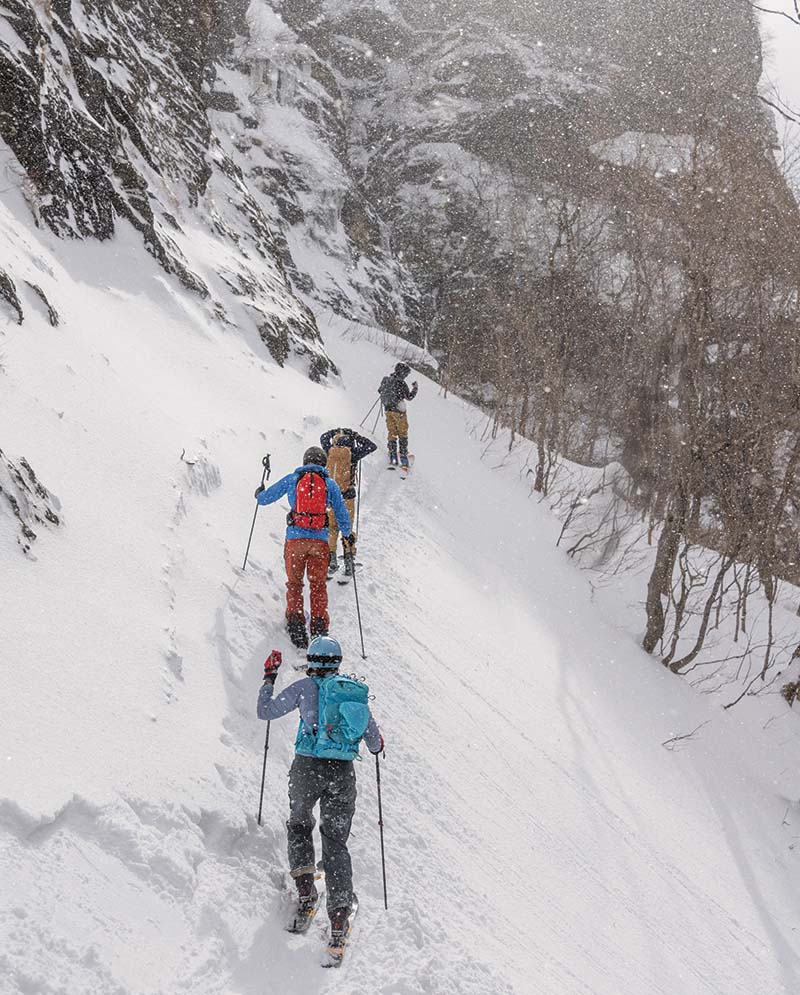 "A mixed bag of friends—including veteran backcountry skiers and first-timers on new gear—set a skin track underneath the Elephant's Head cliffs on the east side of Smuggler's Notch." - Photo by Jeb Wallace- 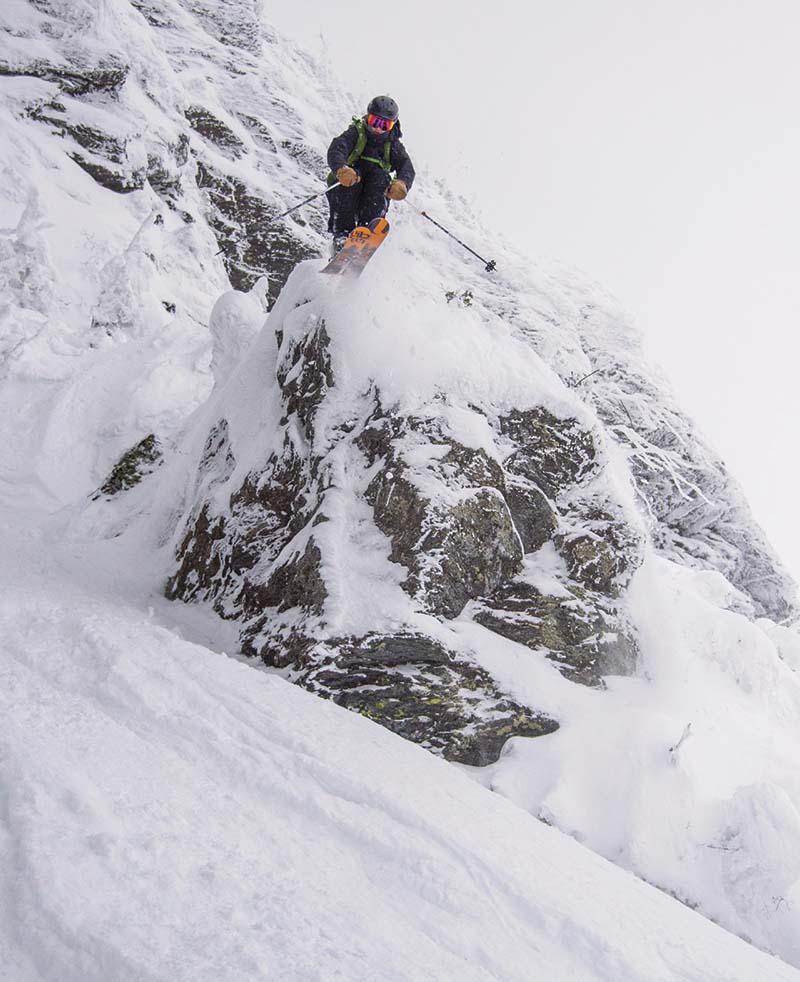 "A skier sends it off a small cliff, reached via a bootpack above the Toll Road. The snow was deep and soft, so we felt comfortable going big." - Wallace-Brodeur 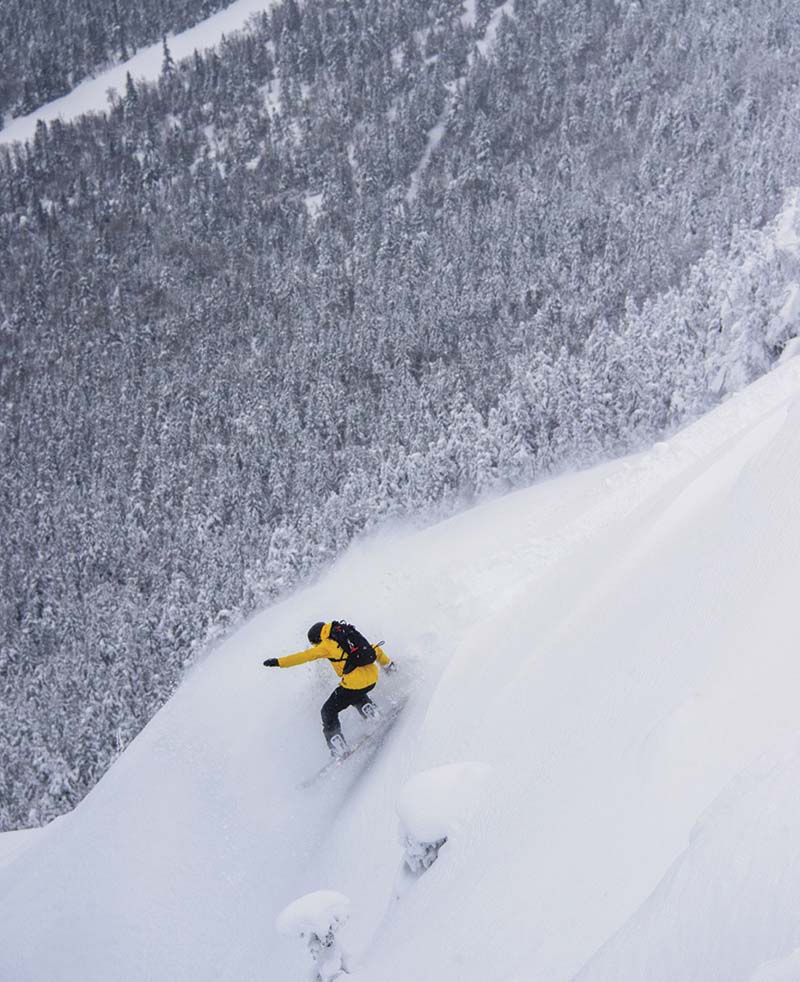 "Despite our tired legs, we went for one more ride through fresh powder in the Rock Garden zone on Mt. Mansfield." - Wallace-Brodeur 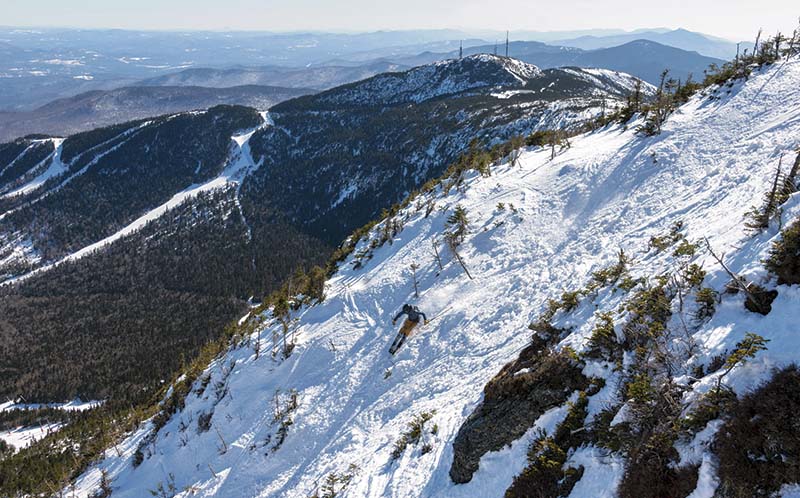 "Skiing off the summit of Mansfield in the spring." - Wallace-Brodeur 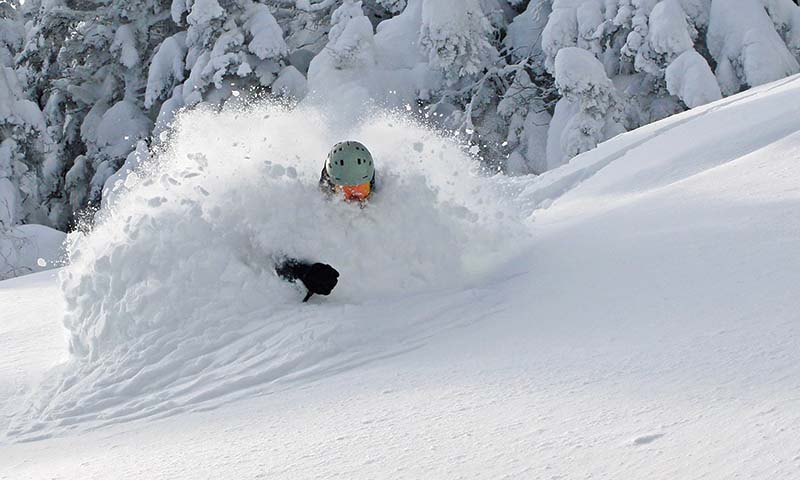 "After a week's worth of fresh snowfall, a skier gets stuffed with pow as he floats his first few turns down the pitch off Mansfield's ridgeline." - Photo by Scott Braaten 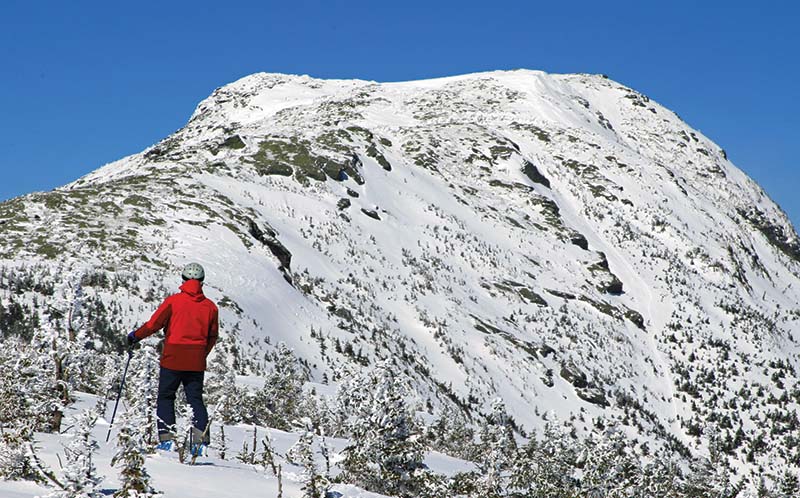 "With 120" of snow on the ground, a skier skins north along the Long Trail towards the Chin, looking for a line to drop in." - Braaten